The word ‘Eram’ is the Persian version of Arabic word ‘Iram’, which means heaven in Islam’s holy book, the Qur’an.

The abundance of beautiful flowers, refreshing air, aromatic myrtles and towering cypress trees, including a tree dating back to 3,000 years (Sarv-e naz) have made Eram Garden a major tourist destination, especially during the spring and summer. 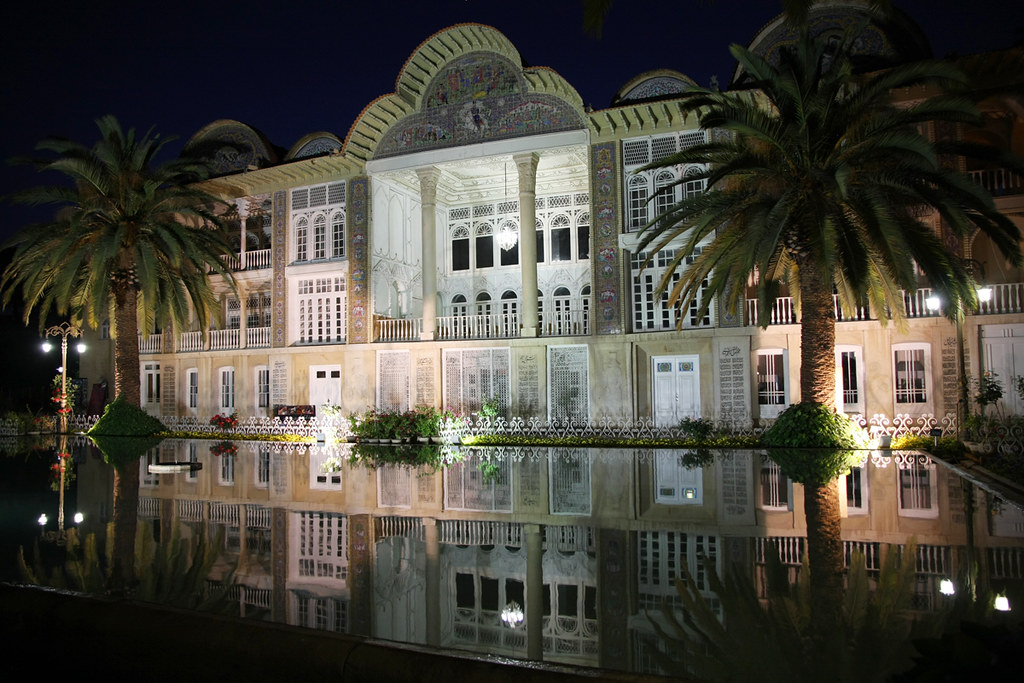 Although the date of the garden’s construction is not known, historical evidence indicates the garden was built during the Seljuk Dynasty (11th-14th centuries) under the rule of one of its most celebrated monarchs, Ahmad Sanjar.

Like many other attractions in Shiraz, Eram Garden has been restored by the kings of Zand Dynasty (1750-1794), but during later periods, the garden was handed to a Qashqaei tribal chief, Mohammad Qoli Khan.

Painting on Tiles in Eram Garden

Qoli Khan ordered the construction of the original mansion that stood on the grounds in the early 18th century and planted various trees and plants in the garden, including pine, orange, cypress and persimmon trees.

Later, during the rule of Nassereddin Shah of Qajar Dynasty (1785-1925), Mirza Hassan Ali Khan Nasir al-Molk bought the gardens from the Qashqaei tribes and began construction on the present pavilion that now stands in the gardens.

As noteworthy as the gardens themselves, the pavilion was constructed by a local Shirazi architect named Mohammad Hassan. The beautiful three-story structure was based on Safavid and Qajar styles of architecture and includes tiles inscribed with the poems of famed Persian poet Hafez.