How old is it? It dates back to 13th century and Ilkhanid period.

Jāmeh Mosque of Varāmīn ,Congretation mosque of Varamin, Friday mosque of Varamin or Grand mosque of Varamin is the grand, congregational mosque of Varamin city, within the Tehran Province of Iran. This mosque is one of the oldest buildings of Varamin city. Its construction began during the reign of’ Sultan Mohammad Khodabaneh and was completed during his son’s rule Sultan Abu Sa’eed. This building consists of a Shabestan, portico, large brick dome, the structure beside shabestan and ten small arches along with one large arch in the middle.

Tiles and gereh-chini brickwork of the building (Wikipedia) 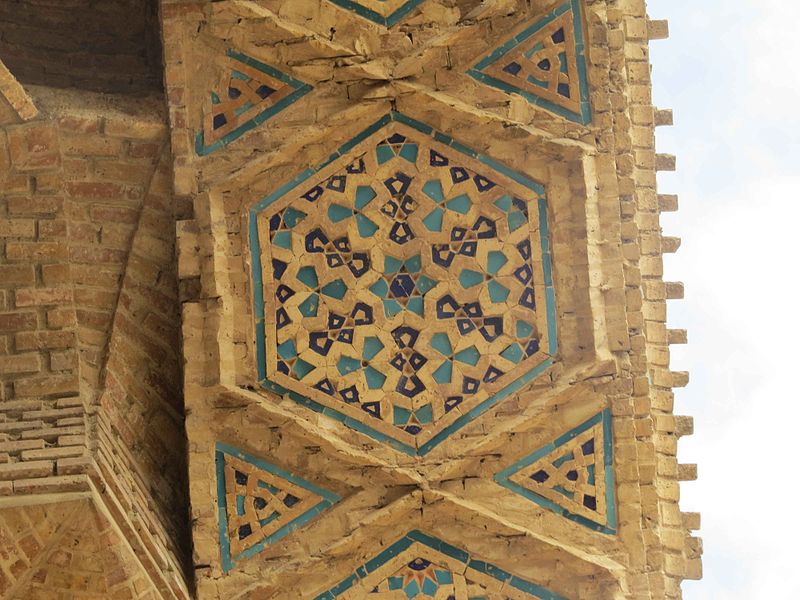 Tiling and brickwork under Iwan (Wikipedia)